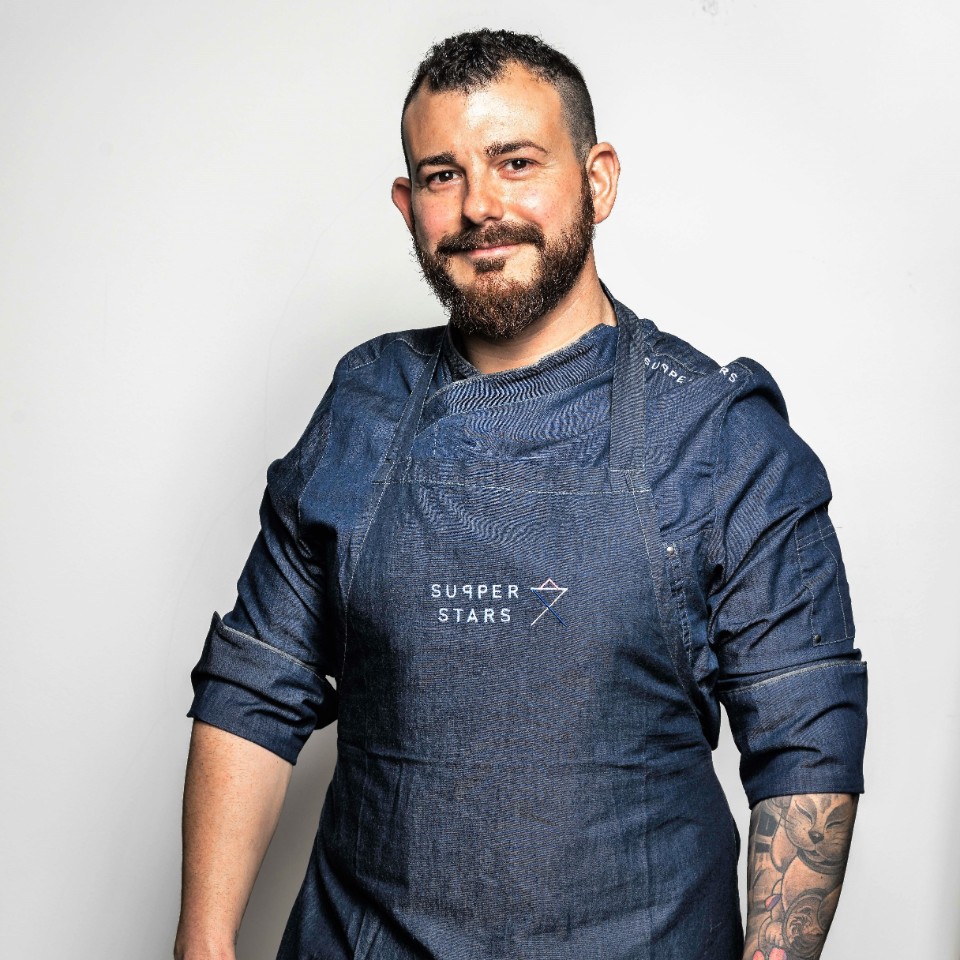 Alejandro Platero
1 ratings
5 1
Although many will associate him with the TV Program Top Chef, the truth is that Alejandro Platero has been in the kitchen world since he was 18 years old. when he started working as a waiter in a restaurant. There, he discovered his passion for cooking that led him to study hospitality at the San Vicente Ferrer Center (Valencia).
A restless Chef, he currently owns two restaurants in Valencia, where he resides. On the one hand, "Come y Calla", an informal and versatile gastropub, and, on the other, the avant-garde hamburger restaurant "Platero Utopic Food" in the Campanar neighborhood. Both work under the umbrella of the Mulandhara group, which brings together the culinary projects of the Valencian chef.
However, his curriculum vitae is an extensive trip. He is responsible for the creation of several spaces like, "La parada", where he started cooking stews with the help of his mother. But that’s too small and he wants more, so decides to complete his training and in 2010 opens Mulandhara, a restaurant specialized in rice dishes. Four years later he launches Mace.lum, a restaurant featuring creative cuisine with Mediterranean touches, although later he decides to focus on "Come and Calla" (which is the transformation of the Mulandhara into a tapas bar) and "Platero Utopic Food".
Active, creative and dynamic, he opens Platero Food Studio, a gastronomic training and consulting center.
His innovative cuisine does not forget its Mediterranean roots and he likes to keep updating the typical Valencian dishes. Although he is well-known for his rice dishes, he enjoys researching about other ingredients and especially entangling in the kitchen. He was a candidate for revelation Chef at the Madrid Fusión 2015 International Gastronomic Congress, where he finished 2nd.