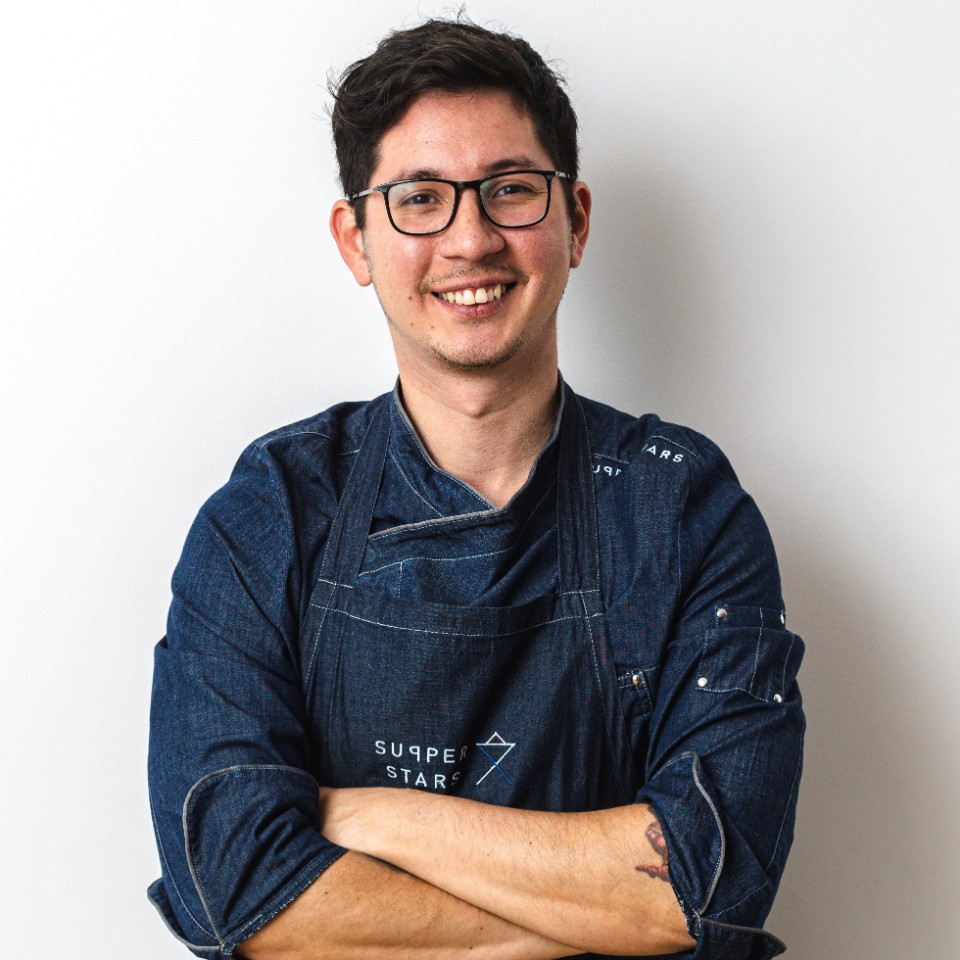 Carlos Gutiérrez
1 ratings
5 1
A telecommunications engineer graduate, Carlos Gutiérrez started his career in Maracaibo, his hometown in Venezuela, but soon realized his life needed a change. After moving to Margarita Island, Carlos started working as a cook to support his living expenses. It was there and then that Carlos fell in love with the art of cooking, soon enrolling in the Culinary Institute of Caracas, a reference in the culinary world which led him to work with some of the best Chefs in the country.
Carlos journey in professional kitchens took him to Colombia, where he added the local cuisine traditions to his repertoire. Later he returned to Maracaibo as an Executive Chef at the Pentos restaurant, offering contemporary Venezuelan cuisine. As Chef Carlos puts it: "Venezuelan cuisine is very rich, as it is influenced by the flavours and traditions brought by the Spanish, French, Portuguese and Italian immigrants".
Restless, he packs his bags once again, becoming an itinerant Chef across continents. His first stop was Turks and Caicos, in the Caribbean, working at the Infinity Restaurant of the Grace Bay Club 5-star hotel, as well as a Private Chef in the vacant days. This experience further expanded the Chef’s horizons in terms of different cuisines and techniques from all around the world and, soon, the islands become too small for him. As a result, Carlos did not hesitate to accept a friend's proposal to go to Copenhagen and work at Amass, one of the city’s best restaurants and where Carlos Gutiérrez developed his passion for healthy food. More recently, Chef Carlos moved to Madrid, to work as a private Chef and to develop his personal gastronomic project to promote the use of seasonal ingredients and to encourage sustainable eating habits.

The Chef is available in the geographical areas identified in the filter panel, but can also travel to other locations (in that case, please contact us).
Client reviews on the Chef
21/03/2021
Anna
Carlos Gutiérrez
5 5