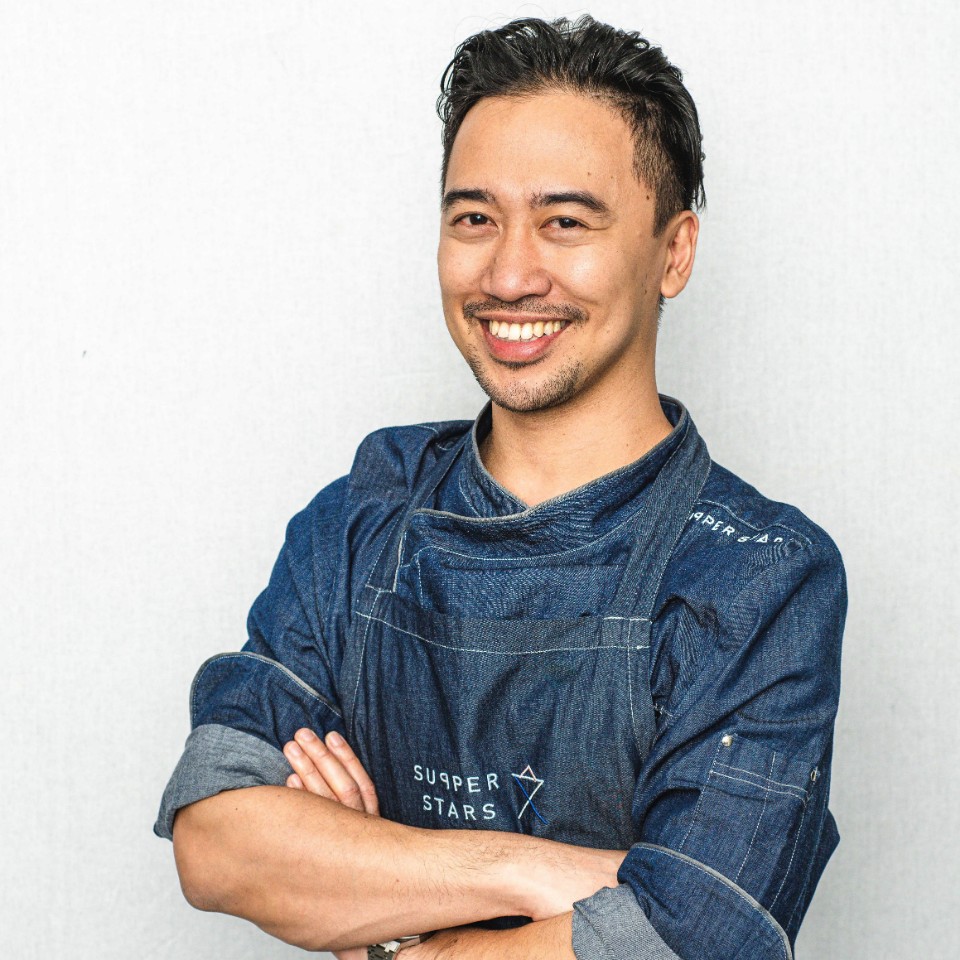 Although he studied advertising and for a long time dedicated himself to it, little by little he starts getting into the culinary world, organizing gastronomic events that were only the first steps in devoting himself to his passion: cooking.
His travels through different countries, Singapore, China, Japan and the United States, open up his culinary universe. Although the seed was already planted, as in his family the kitchen had a very important place in daily life. With a Chinese father and a Filipino mother, each one of them had their place in the kitchen, preparing Chinese and Filipino dishes. He explains that Philippine cuisine is heavily influenced by Southeast Asian and Spanish cuisine, due to centuries of colonization. Therefore, he learned to appreciate the variety of aromas and flavors of the kitchen.
He comes to Spain with the intention of expanding his culinary knowledge at the Culinary Institute of Barcelona, where he specialises in molecular cuisine. But, he also wants the Spaniards to know the authentic Asian cuisine, knowing how to adapt it to Spanish taste by reducing the use of spices, but without ever losing authenticity, he says.