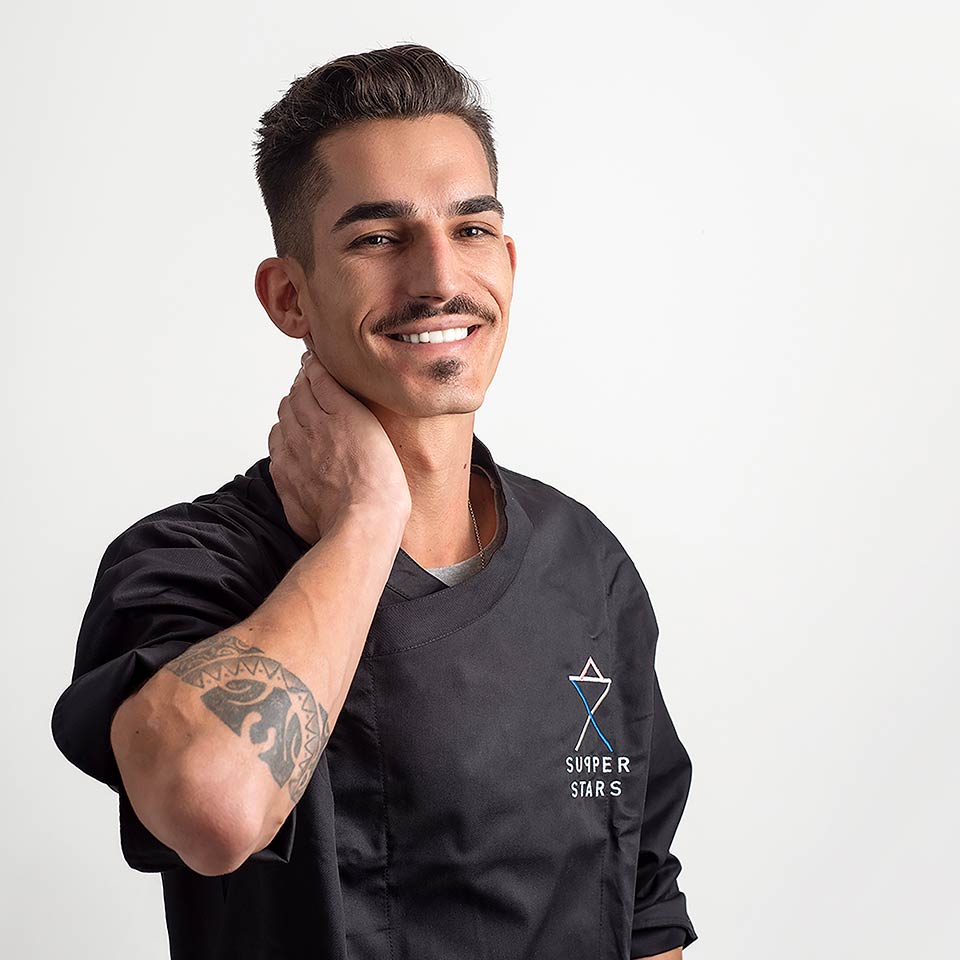 Who would have guessed that this skinny boy, from Portugal, who never had an interest in cooking and who dreamed of becoming a journalist would win a Golden Fork award in the Tasting Lisbon contest, the very first time he participated? It was during a school vacation that Fábio Regalado discovered that his true passion was gastronomy. At the age of 15, he took a summer job in the kitchen of the restaurant where his brother worked as a waiter... and it was passion at first sight.

Fábio completed his studies at the Infante Dom Henrique cooking school in Oporto. It was here that he also began his professional career, working in hotel kitchens, first at Eurostar das Artes Hotel, then at the Sheraton Hotel and SPA. Eight years down the road, Fábio became Head Chef at the restaurant Casa do Inglez, in Lisbon. Later, he headed the kitchen at Café Portugal by My Story Hotels, where he won the Golden Fork trophy, in the Contemporary Cuisine category.

A successful chef in his home country, Fábio aimed for new challenges across borders. This is when he moved to Africa. In Cape Verde, as the Executive Sous Chef at the Hilton Cabo Verde Sal Resort, Fábio had the honour to oversee the opening dinner of the CPLP summit (Community of Portuguese Speaking Countries), in 2018, serving several presidents and heads of government.

The appeal of a big cosmopolitan city such as London was strong, leading Fábio to move to the UK to join the ranks of the Hilton Tower Bridge. This was an opportunity for Fábio to keep growing as a cook and a leader, as well as to further deepen his knowledge of the English culture. It is also an exciting opportunity for Supper Stars to offer this talented Chef in your home in the UK, before he hops to yet another continent – Asia should follow.

The Chef is available in the geographical areas identified in the filter panel, but can also travel to other locations (please contact us to discuss your requirements).