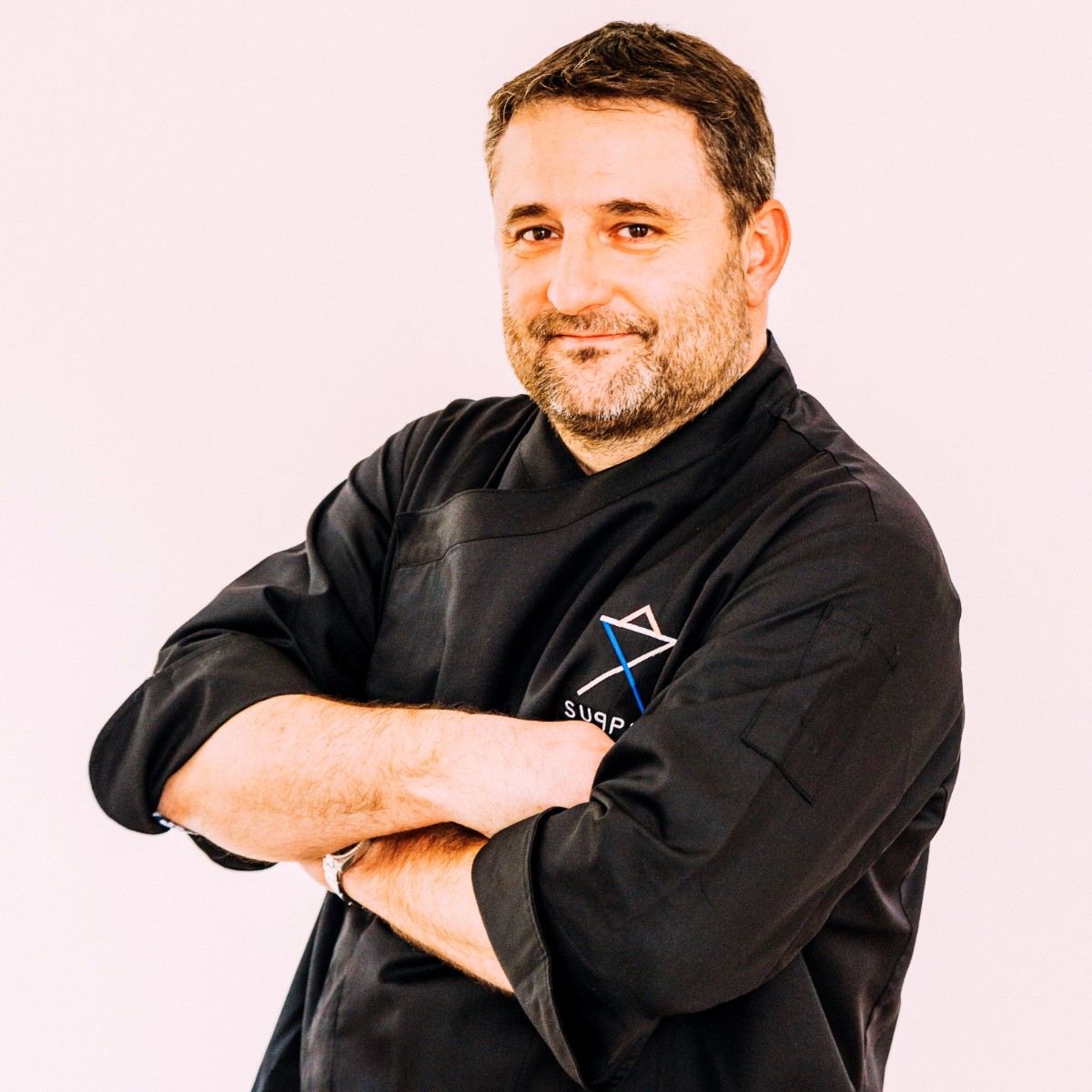 Native French Chef Alain Delage is a traveller at heart. He has traveled around the world, cooked for presidents, rock stars and millionaires, and worked in some of the most famous restaurants on the planet.

He began his career at Le tour D'argent, the oldest restaurant in the world and synonymous of haute cuisine. From there he has been in a countless number of renowned restaurants, including the starred restaurants Lasserre, La Maison du Danemark and Hotel Leweck. After his journey through the French universe of haute cuisine, he decided to travel the world and explore other cuisines, techniques and products.

He cooked in millionaires’ yachts, hosted television shows, represented culinary brands and even had time to create his own restaurant, the L'Heureux Père, in Saint-Cloud, France.

What he likes most is for his food to bring a smile to those who try it and, being a Frenchmen, says the secret ingredient in any kitchen is l'amour. And, indeed, love brought him to Portugal.

He continues to learn and dreams of moving to Japan one day to learn from a true Sushi Master. A result of this constant curiosity, his culinary signature is more and more a fusion between his French roots and his experience of the World.