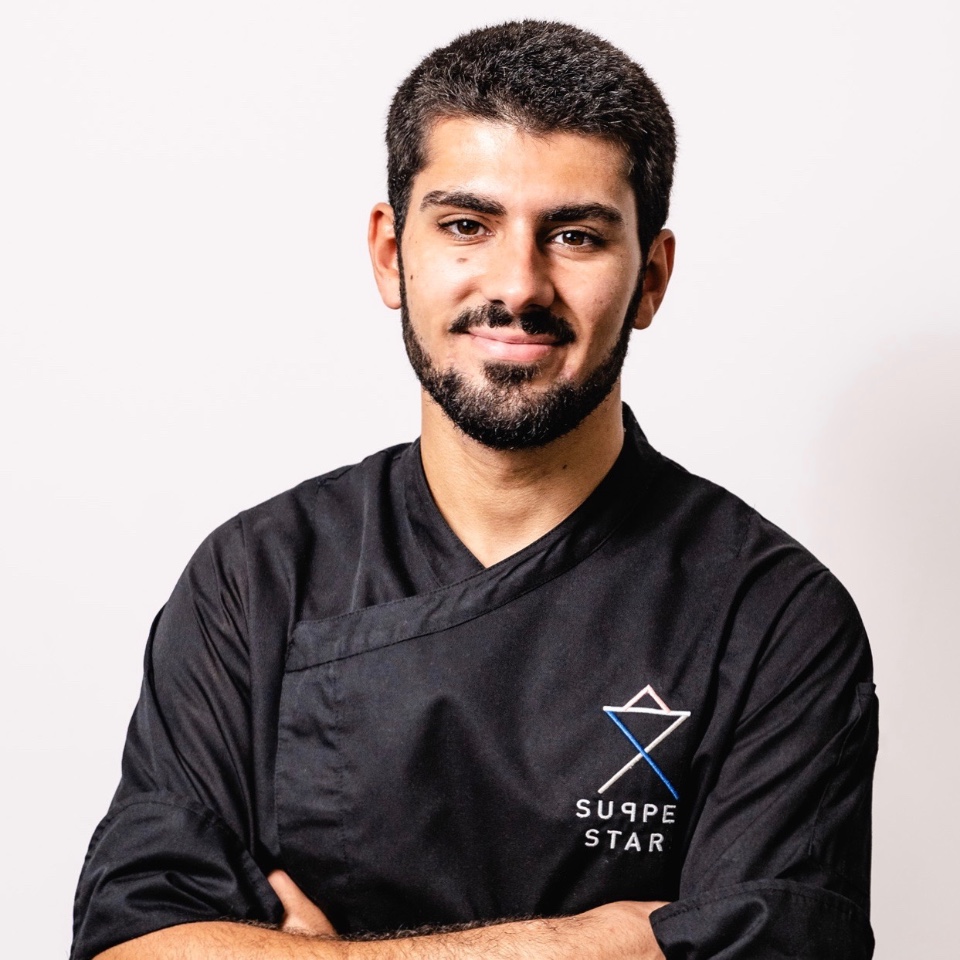 Manuel Goarmon
1 ratings
5 1
The taste for the kitchen runs in the veins of Chef Manuel Goarmon, in his family the moments spent around the table were sacred and these are his happiest memories marked by flavours, laughter, conversations and of course, sublime meals.
A descendant of great cooks like his mother, Cátia Goarmon, it was also within the family that he discovered his vocation. After a somewhat rebellious adolescence, Chef Manuel went to work at his uncle's restaurant as a punishment and almost unknowingly discovered his vocation between pots and pans and thus the desire to be Chef in his own right was born.
He graduated in cooking at Escola Superior de Hotelaria e Turismo do Estoril but says that it was in his travels and in the restaurants where he already worked that he really became a Chef.
In his young career, he has already passed through the kitchens of the Four Seasons Hotel Ritz and the award-winning Fortaleza do Guincho restaurant. The Chef’s sophisticated menus, where simplicity and product are the starting point for creating unforgettable flavours, are the result of his travels and the base of his cuisine - flavours of the world with a Portuguese touch.
Uncomplicated in front of the stove, Chef Manuel Goarmon presents his menus not only as a way of providing a complex dining experience but also a simple way to eat well!

The Chef is available in the geographical areas identified in the filter panel, but can also travel to other locations (in that case, please contact us).
Client reviews on the Chef
21/01/2020
Rita
Manuel Goarmon
5 5
Gostámos muito!