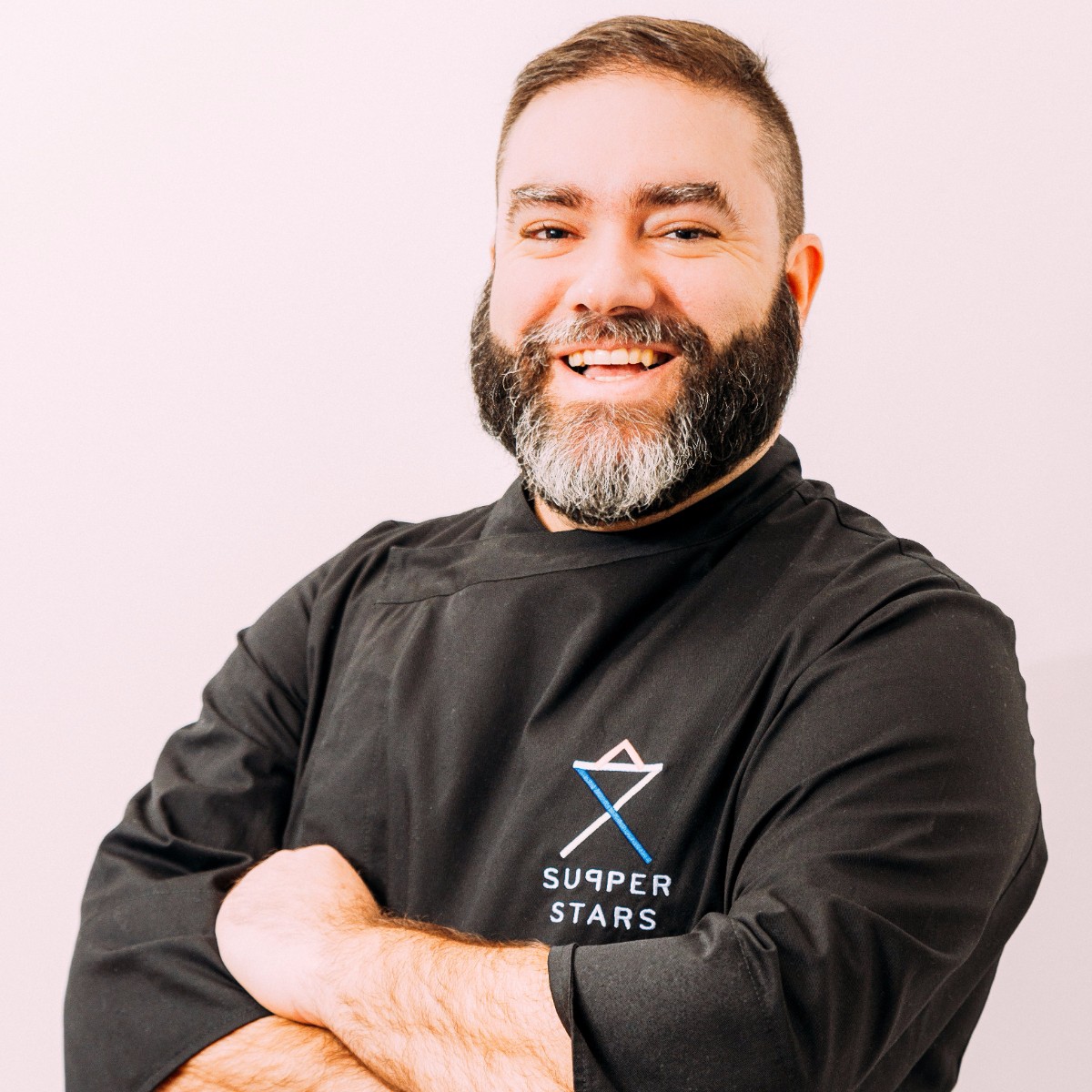 A former industrial engineer, we are fortunate Miguel Mesquita exchanged the factory machines for plates. Since his conversion to the kitchen, Miguel’s cooking activity has been non-stop. He started as a contestant in “MasterChef Portugal”, then won the TV show "War of Plates" and, finally, perfected his technique in Oporto and London.

In England, he worked with and learned from starred Chefs Marcus Wareing and Helene Darroze (from the restaurants Marcus and The Connaught, respectively) and took Portuguese cuisine to another level at the M4Food Supper Club. Back in Portugal, he manages the Time Out Academy among many, many other activities.

A natural-born communicator, Chef Miguel knows that the devil is in the details and, as such, dedicates himself relentlessly to exploring the more traditional flavours of Portuguese cuisine, with creations to die for. His three croquettes of “alheira”, black pudding and squid, his monkfish rice with coriander and his “toucinho do céu”, are all guilty as charged for the uncontrollable eating desires they arouse.

Photography is Miguel’s other passion, and so is food styling. After all, you eat with your eyes first!